A Miami Beach “philanthropist”, claiming to be a member of the British aristocracy, tried to scam our proposed sex trafficking education program, the Hope Education Project. Kenneth Wilcox, who offered to endow the new project with $1m, turned out to be a convicted felon who had previously tried to scam charities in Cambodia.

In late 2020 I started working on a new project, the Hope Education Project (HEP) which was borne out of my experience repatriating Nigerian women trafficked for sexual exploitation to the UAE. I had a vision for a small community trafficking education project that once proven could be scaled throughout Edo State. The aim was to help stem the flow of vulnerable Nigerian women overseas and end their exploitation and suffering. Kenneth Wilcox seemed to be offering a way to make that happen.

I teamed up with Iroko, an Italian based NGO supporting Nigerian women trafficked to Italy. The project was founded by Esohe Aghatise, who led the UKAID funded Stamping Out Slavery in Nigeria (SOTIN) Programme. A Theresa May initiative, SOTIN was closed down by Boris Johnson, ending the UK’s anti-trafficking education programs in Nigeria.

A chance meeting with a Miami-based grant fund writer, Chris, whilst walking my dog in Miami Beach led to a conversation about HEP. I thought nothing more until Chris called me 2 months later in a state of high excitement. She told me that on her morning walks, over a period of 6 weeks, she stopped and chatted with a UK philanthropist, Kenneth Wilcox. She had mentioned HEP to him and that morning he told her that he was very interested in supporting the project. The grant application deadline for his fund was in 3 weeks, 1 July 2021. 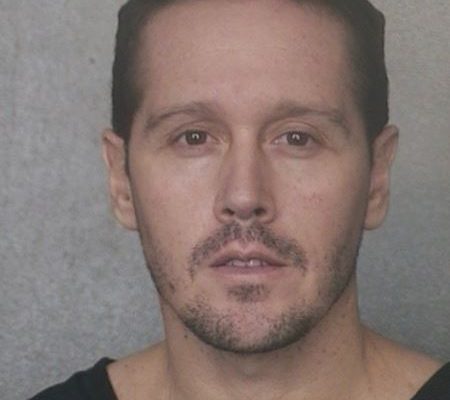 Over a series of meetings with Kenneth Wilcox he became increasingly excited about the project. He regaled us with tales of his work with the US Police as a criminologist and stories of his estrangement from his wealthy and well connected aristocratic family, the Carringtons. He asked us to go away, set up a not for profit 501c with him as the chairman. He wanted a fully worked up business plan within three weeks and was prepared to endow us with $1m.

Very enthusiastically Chris and I went away and started working on the plan. We consulted with Iroko and our partners in Nigeria, all of whom were staggered at our good fortune. We were all excited to be working on the project again after the COVID pandemic had cut off all potential sources of funding for all of us.

As we were completing the proposal I went to register the 501c. I asked Kenneth Wilcox for his address in the UK to which he replied “1256 The Boltons, Chelsea Heights, London”. This immediately raised suspicions and after not-too-long a session on Google found two posts here & here and a number of forum threads on KHMER440 on the infamous Kenneth Wilcox. The threads laid out the history of Kenneth Wilcox who had fled Cambodia after trying to defraud businesses and charities. Kenneth Drew Wilcox was a con artist. Further searches revealed outstanding arrest warrants in Miami Dade & Broward Counties and convictions for a string of offences 1 2 3, a fabricated gay hate crime  and a near pornographic twitter feed.

We were devastated and embarrassed to say the least. Personally I felt so sorry for the hopes we had raised for Iroko and especially our Nigerian partners on the ground. Kenneth Wilcox (aka Drew Carrington) had wanted a completed funding proposal and a fully formed 501c. He was to be the chair and in control of the bank account. His intention was to make grant applications and run off with the money.

The only consolation to take from the affair was that I had fully experienced the feeling of a benefactor offering to fund a project to the tune of $1m. Although it turned out to be an elaborate scam, it was a brief moment of elevation. The subsequent anger and disappointment will last a lot longer.